The Alliance Française de Pondichéry, a non-profit association, was created in 1889, among the first Alliances in the world – after the one in Paris – and the first one founded in India. Its purpose is to promote the French language and culture and to foster understanding between India and France by developing cultural exchanges between the two countries. Its action is independent of any political, religious or commercial influence or aim.

The Alliance of Pondichéry is known as an institution of excellence in teaching for its wide-ranging courses and training-programs and for the quality of its cultural activities. Today, the Alliance continues to develop and to become more and more dynamic. An increasing number of students, a growing membership and more! More French classes! More cultural events! More facilities to learn French with fun! A space for dialogue and exchange, the Alliance trains the students while giving them an opportunity to grow and blossom in an agreeable setting.

Our teachers, specialists in teaching French as a foreign language, will help the students to discover the language of diplomacy and romantic elegance, with the help of modern stimulating methods. 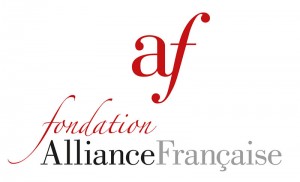