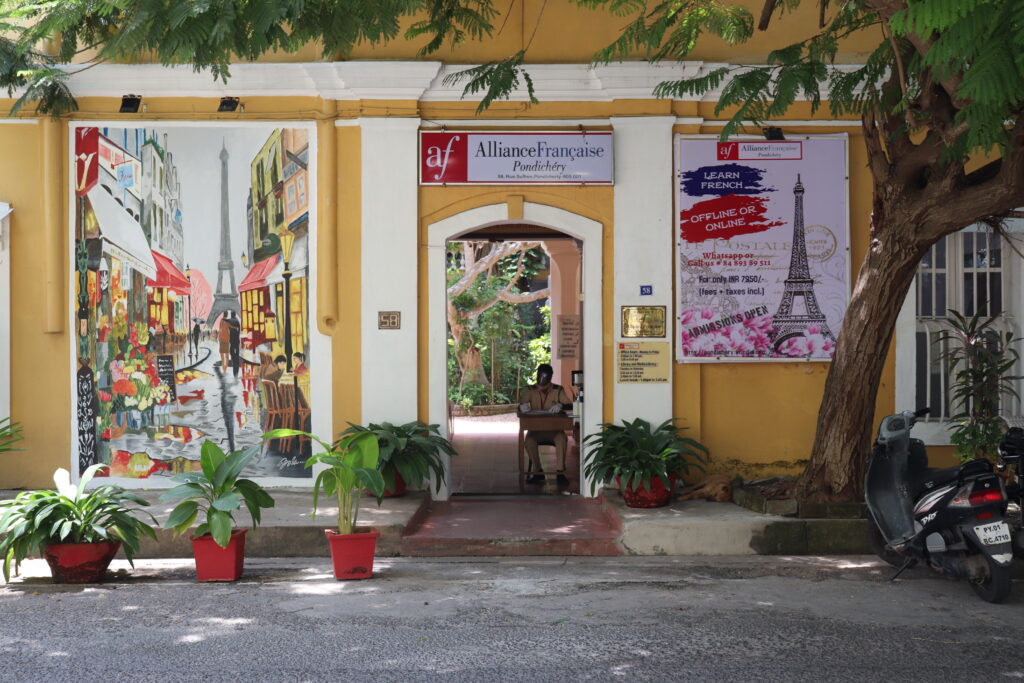 Alliance française privileges friendliness and exchange, in the educational field as well as in numerous cultural activities offered every month. Quality teaching and activities offered by a dynamic and devoted team have made Alliance an institution of excellence for more than a century. Multi-linguism and cultures share are central in Alliance policy.

Pondicherry is like no other Indian town or city. It is distinctively special in its local setting. First to state would be the French community of about 8000 people of Indian origin. Second, the development of Auroville with its large number of French residents and the growing influence of the Sri Aurobindo Ashram where French is taught as the first language from the Nursery-school. Moreover, Pondicherry has an undeniable tourist interest which in addition to foreigners, attracts more and more Indians who come to this former colony looking for that unmistakable ‘French’ touch.

Alliance française of Pondicherry is part of a large network of 16 such institutions in India. The General Supervisory body of the Alliances françaises in India, based in Delhi, coordinates these 16 bodies and chalks out their common strategies. Alliance française of Pondicherry is an association formed under the local law. Its revenue comes from the course fees and membership fees. The French Embassy and the General Supervisory body of all the  Alliances Françaises in India, the French Foreign Affairs Ministry and its operators contribute each year by sponsoring the cultural shows.

French and Indian companies interested in our missions support both our educational and cultural actions.

How far will you go with French?