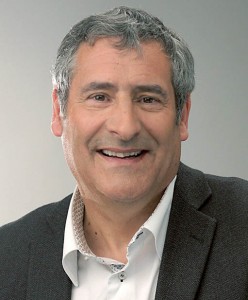 Professor Gilles Boeuf holds the annual Chair in “Sustainable Development – Environment, Energy and Society” at Collège de France (2013-2014). He is specialized in environmental physiology and biodiversity. He teaches in several Universities, mainly at the Université Pierre & Marie Curie, and has been the President of the National Natural History Museum in Paris since 2009.

This lecture will deal with the birth and evolution of biodiversity, that is to say a time span as big as 4 billion years. Pr Boeuf will focus mainly on the various crises (about sixty) that biodiversity had to face, and sometimes nearly failed to succeed. A second major aspect of this intervention involves the climate change due to Man’s influence, which is already visible through the fast acceleration of changes in natural habitats in the whole world. By analyzing the state of our ecosystems, continental and sea-related, Pr Boeuf seeks to find their capacities of resistance and resilience, and also solutions or at least drafts of plans that could stem the possibility of our own extinction that hangs above our species.